I was nominated for this award by the wonderful Katherine @ Fabled Haven! 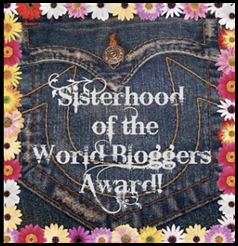 1. Which fictional animal/pet would you bring to life? (ex: Chainsaw from The Raven Cycle, Hedwig from Harry Potter)

I’d actually go with Chainsaw from The Raven Cycle! I’ve mentioned this before, but I love birds, but I like corvids most of all, because they’re really intelligent.

Believe me, I know exactly how sad that sounds haha!

2. If you could steal any fictional character’s life, who would it be?

Probably The Hunger Games films, I’ve always been really impressed by them. They managed to expand the world, because it’s not strictly from Katniss’ perspective, and I thought they did it really well. I also like that it gives that added layer of you being a spectator to the Games, especially in the first film, because you get to be both in and outside the arena.

4. What fairy-tale retelling would you be interested in reading? (For example, I’m really into retellings of The 12 Dancing Princesses!)

I kind of love Red Riding Hood retellings, more specifically ones in the vein of Angela Carter’s The Bloody Chamber, moreso than things like Marissa Meyer’s Scarlet.

5. What’s your go-to snack when reading?

I have a real thing for sweet & salt popcorn, so it’s probably that. As a plus, it’s probably the least messy of snacks, so I don’t have to worry about getting my grubby fingers all over my books.

6. Who are some of your favorite bands/artists?

I know they’ve split up now, but My Chemical Romance will always be my faves.  I also love Fall Out Boy and Panic! At the Disco…and I’m realising that this makes it sound like I just stopped listening to new music in 2007…

7. Would you rather only be able to buy 1 book a month OR have unlimited access to borrowing books from the library?

Probably one book a month, because my TBR pile is big enough as it is, and only being able to get one new book would help me actually cut into it. I’d be way too tempted by the library.

8. Would you rather find one place to settle in for the rest of your life OR move around every 2 years?

Settle. I think? I’d probably end up feeling a bit lonely if I moved around all the time. Plus, moving is hard work and I’m lazy.

9. Do you prefer musicals or plays?

Musicals! I haven’t been to see too many plays, so I don’t really have much of a comparison to go on, but I so really love musicals.

10. Who is your ultimate fictional crush?

It’s been years, but I’m pretty sure I fancy Sirius Black just as much as I did the first time around haha!

This is a scheduled post as I’m currently away on holiday! Unfortunately I may not be able to answer comments and the like until I’m back, but I’ll probably be around on Twitter and Instagram 🙂